Whilst getting things off my chest I thought it’d be a good idea to mention comb9.com!

Comb9 is a consumer integration platform which I built in 2015. By consumer integration I mean it allows consumers of internet of things gadgets, social media and online services to integrate this disparate capabilities together to build new combined1 services which do more than the sum of their parts.

Of course this idea is not new. IFTTT has been doing it since 2011. There are others too2. However despite their great business development and marketing their approach has a fundamental flaw. The recipes, as they call them, that you can create can only consist of two ingredients - one input trigger and one output action. Look through their recipes and you’ll see the result of this. They have great coverage of services but you are fundamentally limited from innovating. Some triggers and actions contain smarts but there is only a limited number of permutations and most of these are pretty useless.

This limitation of IFTTT is the primary reason I decided to put a bit of effort into realizing a refined concept. The secondary reason was that I’d just read the great book The Curve by Nicholas Lovell. With it’s tagline “from freeloaders to high-spending superfans” I thought this was a great platform exploring a way to monetise the internet of things.

If you’re not familiar with IFTTT let me first give you an overview of what it does. I will then describe how Comb9 takes this up a gear.

IFTTT is a web based service that allows it’s users to create recipes that contain an input trigger, output action pair. The trigger detects an event from a third party service and captures information from it. This information is then passed to an output action which is usually a request to another third party service. Each trigger and action contains a number of configuration options. In addition the wiring of data from trigger to action can be specified.

Of course the trade-off for these enhanced capabilities is to increase the complexity for end users to create recipes. I’m optimistic that this is the right move however - this is because the approach degenerates into the same approach as IFTTT when you create the same complexity of recipes as IFTTT. Additionally I have faith that my target audience of intelligent non-programmers will “get it” given the similarity to a lot of kids programming environments such as Scratch3 : 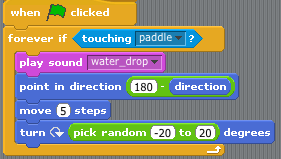 Here is a video showing the steps to create a simple agent to monitor theguardian news RSS feed looking for items mentioning the EU.

I’m not really sure why it’s taken so long but I’d like to introduce Polestar. I actually first started the project back in 2014. I got a couple of early adopters in January 2015. Since then it’s been used quietly without much fuss with a few updates along the way. Background I got the idea for Polestar at the 2014 Good Things conference in Bath, UK. I noticed a repeating pattern from the speakers - a kind of reference Internet of Things architecture.
Published Jun 14, 2016  5 min read   internet of things · polestar · sensors

- with a Raspberry Pi

There is a major update to this article, please see this later post Radar Speed Camera Rebooted. I’ve always been interested in connecting things up to computers that they were never designed for. I could reminisce about my first drawing capture arm that used captured the two joint angles with potentiometers and used them to control the pulse width oscillators that fed into the cassette input on a ZX Spectrum.
Published Mar 31, 2015  6 min read   internet of things · polestar · sensors

Some of you may know that recently I’ve been really digging into the Getting Things Done (GTD) methodology of self organisation. Thanks to Tom Geudens for putting me on that track! I’m not going to bang on obsessively about it as it seems that can be a common tendency, suffice to say I found good geeky tools to use and so far so good it really seems to work. The one takeaway point to me is this: if you can get written down and out of your head all the thoughts and ideas of what needs to be done both long and short term then these thoughts don’t keep springing into your head at inopportune times.
Published Jun 20, 2012  4 min read   fun · comb9