I accidentally shorted the 3.3v pin in the Particle Photon with ground. Within a second a puff of smoke rose from the circuit board and the photon no longer worked - when I connected power nothing happened, no LEDs lit and no boot.

After a little looking around I discovered that the problem was likely the regulator which lowers the USB input voltage VIN down to 3.3V which all arduino like platforms use. When I connected a 3V battery module between the ground and 3.3v nothing happened but there was quite a large current draw.

I decided to bite the bullet and attempt a repair given that I basically had nothing to loose!

First I cut the pins on the regulator using a sharp craft knife carefully avoiding any collateral damage to other components. This left a blank spot on the board as shown below. 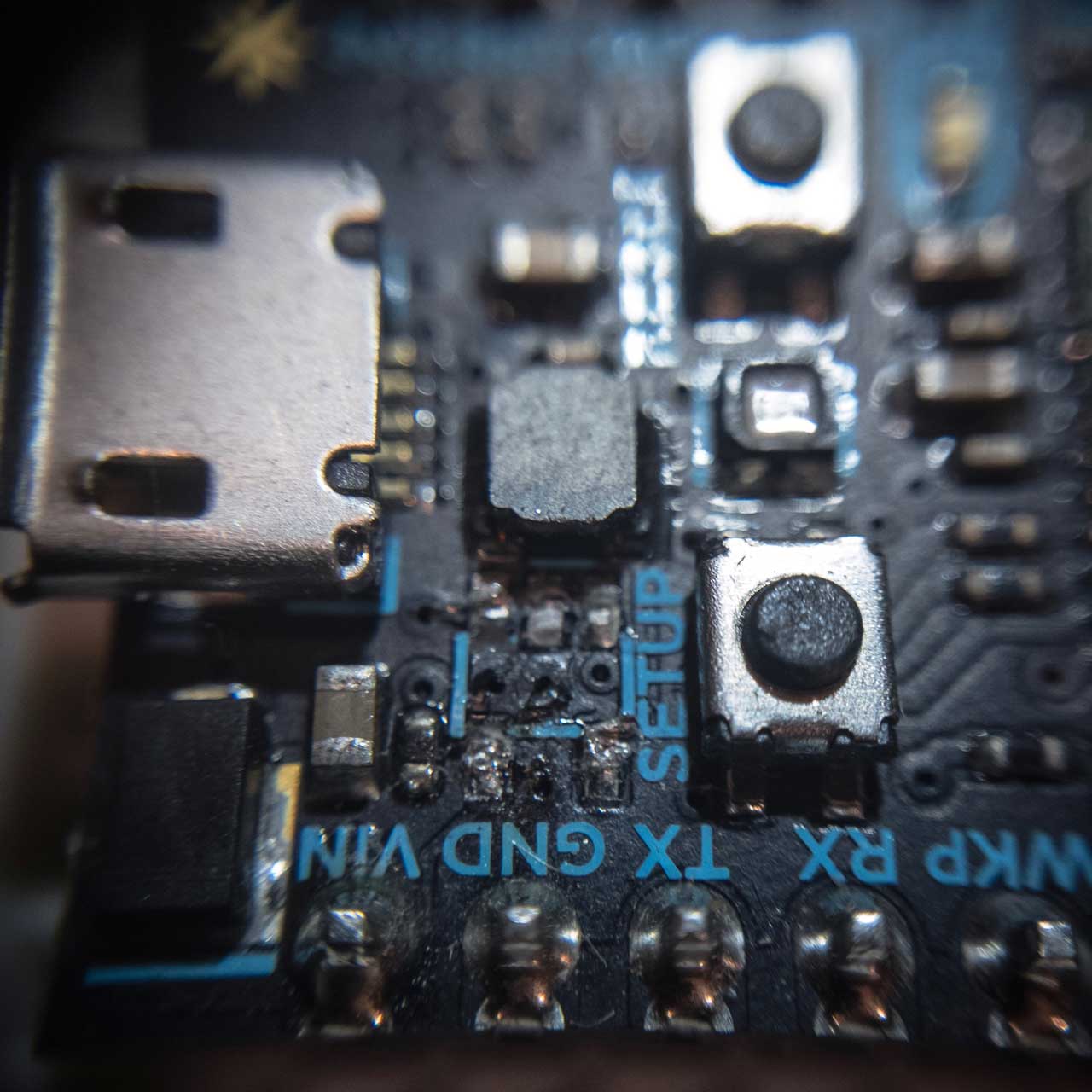 I then tested the photon by connecting the 3v battery again. Success! the photon boot perfectly. 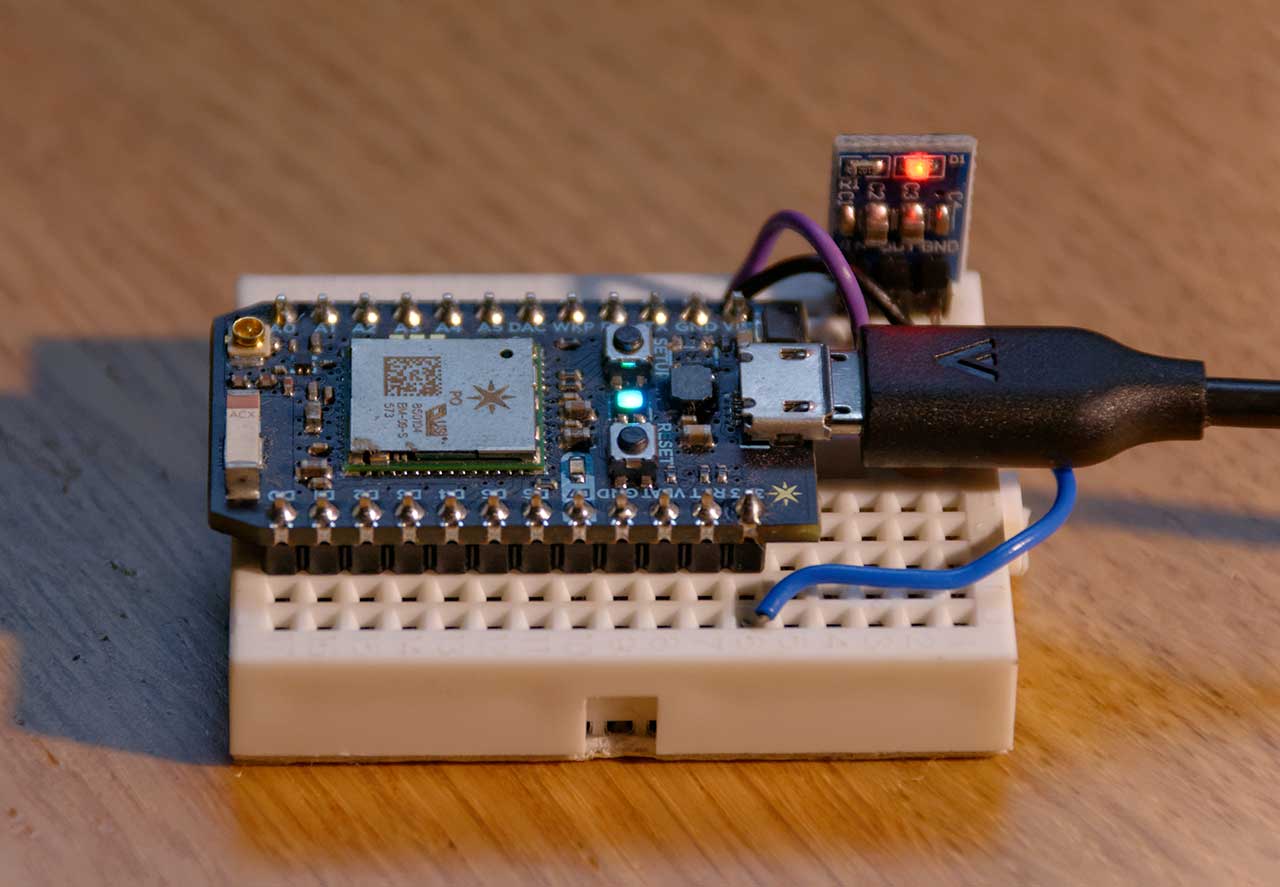 Background There is something immensely satisfying about having something to hold which has been hand crafted. Working with code most of the time it’s rare to get an outcome that is tactile. This project recreates a Hive-like user interface experience with a few readily available components. These components connect easily to a micro-controller such as the Particle Photon. Figure2: Hive smart thermostat Figure1: Dashboard Construction Guide Parts List Photon Particle 500mA micro-USB power supply Breadboard 1602A LCD Display with I2C interface rotary encoder module knob for rotary encoder 2x 0.
Published Jul 15, 2016  2 min read   internet of things

Background I’ve had a modest home aquarium for a many years. It has always been lit by a specialist aquarium fluorescent tube. This gave out a nice light which both helped plants to grow and counteracted the excess of green caused by plants an algae. Figure1: Spectrograph of Hagen Aquaglow fluorescent tube There were two problems with this fluorescent lighting solution however. Firstly, it switches on and off instantly which can be quite unnatural and startles the fish.
Published Jul 1, 2016  10 min read   internet of things

- using a Raspberry Pi for less than $50

This project promises to give you super-human powers. I still find it amazing that our eyes construct all the colours for the most part1 from the mix of red, green and blue that the cones in our eyes can detect. Despite this simple three valued approach to colour that pervades our eyes, cameras, monitors and computer graphics there is a deeper reality to colour in everyday life. This projects opens the door on that reality.
Published Jun 22, 2016  8 min read   internet of things · sensors